This weekend, several French and German pro-legalization activists met online for two demonstrations in favor of the legalization of Cannabis. The principle was simple, occupy the digital space, using keywords such as #Legalieserung2022 german side and #LegalisonsLe for the frenchies.

The method was susccesful on Saturday, but late Sunday afternoon, the Twitter network suddenly blocked the militant keywords on the French side of the application.

Trends: When Twitter does Darmanin’s (dirty) job. It’s only on Le Cannabiste.

It’s still nice these long periods of high pressure in the middle of winter. Okay, we’re still freezing, but the pale winter sun has at least the merit of whispering the hope of summer in our ears. It would be a bit like the return of hope after an endless winter of prohibition.

Driven by the need for change, a few hundred activists met this weekend to demand the legalization of Cannabis online. The ‘Le Cannabiste’ Twitter account, was one of those groups and happily joined the party with the help of its legendary Weed Memes, a series of militant and committed pro-legalization posters…

Cannabis enthusiasts rather well integrated into society for the vast majority. These activists, who are by no means marginal, are stay-at-home parents, employees, shopkeepers, business leaders, liberal professions…

All slices of society and all styles are represented. An online protest for Cannabis is like any other protest you see on the street. It’s diverse.

Mostly tired of the so-called War on Drugs. Pro-legalization activists are calling for a paradigm and societal shift in tolerance towards weed and its free flow.

#What do they want?

The demands call for the law to be changed and for weed to be legalized. States are often criticized for their stubbornness in vainly banning what is described by the demonstrators as less dangerous than alcohol or drugs.

The state is widely blamed for: the ineffectiveness of prohibition, the failure of the ban, consumption among young people, the persistence of the black market and the poor quality of products circulating on the black market. Activists are now taking over the public channels of Twitter in particular, to spread their words there.

#How do they proceed?

Thanks to the algorithms, certain keywords impose themselves thanks to the number of messages. Indeed, the more accounts there are that share the same keyword in a given time. The more the algorithm understands that Internet users want to share messages on this subject, the more it makes it climb in sight of the Internet users threads and in the so called Trends List.

To put it simply, because in reality it is more complicated. The more a keyword stands out in the cloud of used keywords, the more likely it is to end up on the ‘Trend List’. From this point, anyone logged into Twitter can see the keywords that everyone’s talking about right now.

The protesters’ method is simple, syncing to multiple accounts around certain pre-defined keywords. By sharing massively for example: #LegalisonsLE and #Legalisation2022, here’s what it looked like on Tweeter, Last Saturday.. 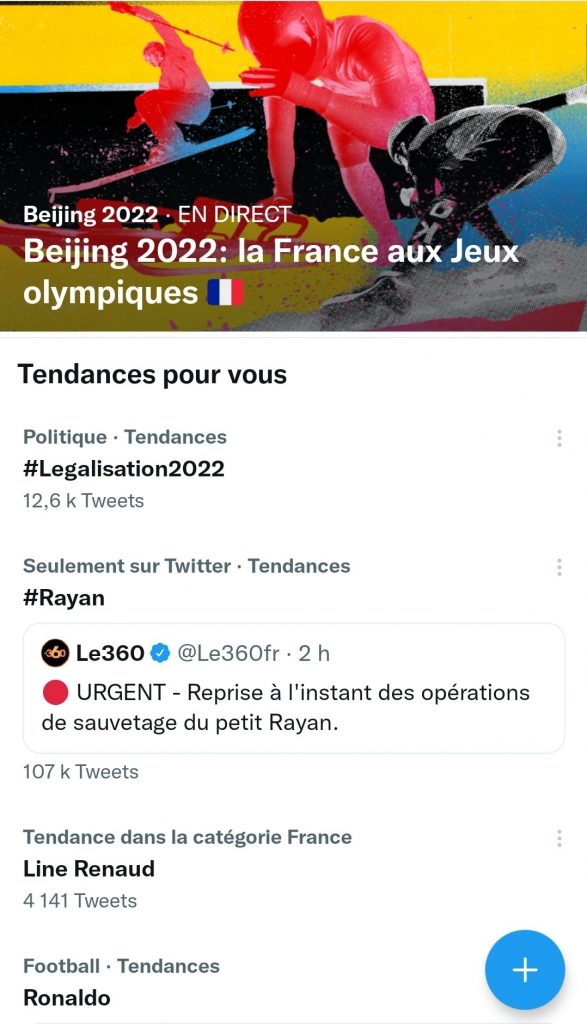 Encouraged by their success the day before, all crowned with saturnine glory, the French activists met Sunday morning in private conversation groups.

Very early on, the first sharing of keywords #Legalisation2022 and with their German comrades #Legalisierung2022. The groups began calling directly for legalization, across the public debate in both France and Germany.

The demonstration or the ‘keyword raid’ call it what you like, was expected on Twitter, at its climax for 4:20 p.m. Sunday, quite a symbol …

But as their goal was in sight, the activists had the unpleasant surprise of loosing their keywords from the French trend tables. In just a second, someone, somewhere, had just put an end to the party.

Shortly before 5 p.m. on Sunday, the keywords Legalisation2022, legalisierung and LegalisonsLE had simply disappeared from Twitter listings in France. Meanwhile, on the other side of the prohibiland borders, among Internet users in Germany, the French keywords were still there, ranked and visible. 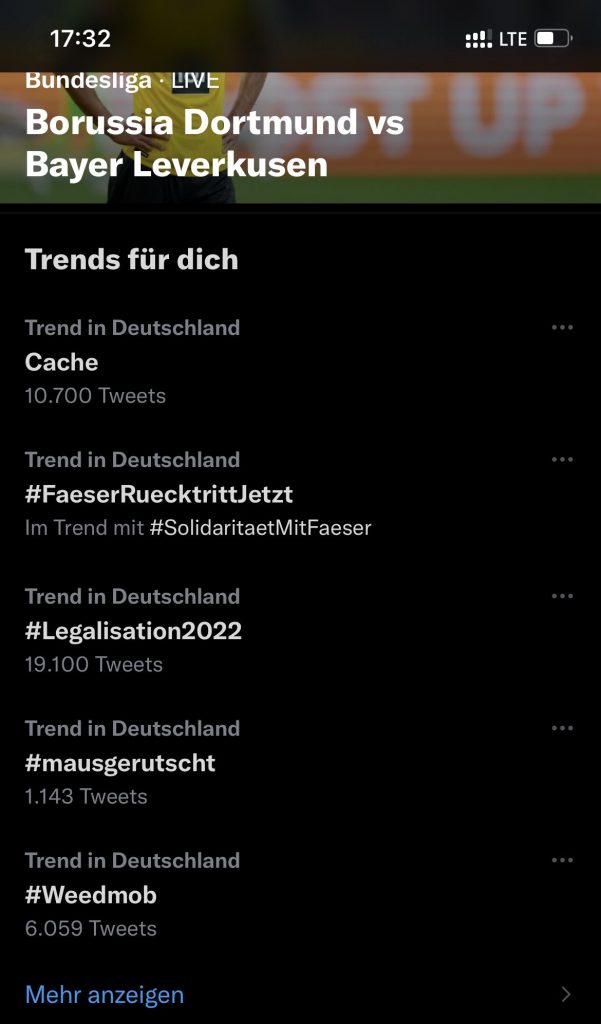 Would this be an abuse for which Tweeter would have been responsible? What or rather Who is responsible for that risky move in France?

All eyes are turning agains the Ministry of the Interior this morning. If we trust on Twitter’s T&Cs, as long as no person or group of people is targeted, no law or moral rule is violated… We can legitimately wonder why such an intervention, whereas in Germany the keyword French remains visible, just a shame!

Is it the role of Tweeter to prolong the paranoia of the Ministry of the Interior in terms of image and claims around Cannabis?

Safia Lebdi’s manifesto : Us the women

Safia Lebdi is notorious for her feminist and anti-racist lay commitment, known as the initiator of the internationalization of the Ukrainian Femen movement. The former elected in Ile de France and founder of ‘Neither Whores [Read More]

The European Union court has just rejected a very emblematic trademark filing, that of Cannabis Amsterdam Store, thus opening the case-law to a completely major setback in Europe in the field of intellectual property and [Read More]